Marketing positioning for The Next Book

This week I’ve been asked to fill in a market positioning questionnaire for my next book which is a tool to help my publisher determine the right title, cover and blurb.

Much of the information I can easily fill in.

–      locations used as settings. Hey, I’ve pushed the boat out on this one and travel the globe. We’re in Shanghai, Monaco, Barcelona, Silverstone…

–      heroine characteristics. Melanie Hunt is a tough cookie. Working in a male dominated environment she knows how to stick up for herself without being abrasive. Sharp, funny and painfully honest she has girl-next-door charm in a sport rife with sexy, glamorous models.

–      hero characteristics. Aiden Foster is laid back, charming and confident – in front of the cameras, anyway. Behind them he’s struggling to live up to being the son of a legend in motorsport. He’s also drop dead handsome.

Next comes The Elevator Pitch – how I’d sell the book in 15 seconds if stuck in an elevator with someone who might want to buy it. In truth I’d probably stammer something about motorsport and romance and shove a business card in their hand, but I’ve given this a go:

It’s boy meets girl in the glamorous world of motor sport, though if you’re not a fan of the sport don’t be put off. It’s a tale of family legacy, bonds between a man and boy, and love. Mainly, it’s about love.

Oops, was that more than 15 seconds? I’d have to talk fast.

What I really can’t manage is the section that reads, it’s most like…….which book(s).

I can say what I would love it to be like. Anything Nora Roberts has ever written. The humour of Jilly Cooper, the warmth of Katie Fforde, the engaging characters of Erica James, the sizzling dialogue of Suzanne Brockmann and the sexy edge of Samantha Young. 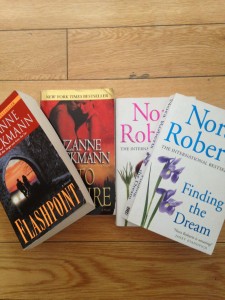 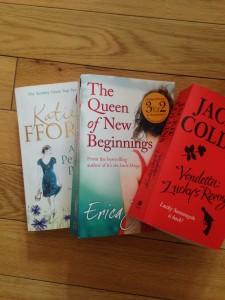 I could go on. It would do to motorsport what Jilly Cooper did to show jumping in Riders. 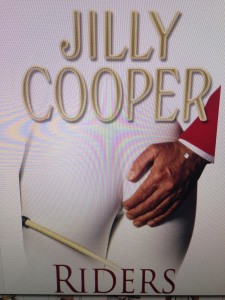 But that’s in my dreams.

The reality is my husband, who is also one of my beta readers, said he thought it was my worst yet. Ouch, no, let’s put it a better way. He said it was his least favourite. Nope, still painful.

For my part, it’s been my favourite to write, but my least favourite to edit. Trying to cut chunks out or move them around when you’re tied to a racing calendar…not easy.

It doesn’t really matter what either of us think though – it’s what you think that counts. Sometime near the end of March, beginning of April you’ll be able to find out.

I only hope if you’re kind enough to read it and tell me what you think, that you’ll be more gentle with my sensitive artistic soul than my dear husband.