This should be about fireworks … but it’s not

I’m not a great fan of bonfire night. I jump at the noise of the fireworks going off and however pretty the following display, it’s over far too quickly to make up for standing in the cold (and usually damp) for an hour.

So instead, a few words about Barcelona. We escaped there for half-term week to celebrate my son’s eighteen birthday (okay, that was a bit of an excuse, but I didn’t see why we shouldn’t all enjoy his day). The holiday began with a bang (see, I did get a firework reference in) when a visit to the WHSmiths travel shop in Terminal 3 found Too Charming on the shelf. I resisted moving it to the best sellers section…

Apparently the thing to do in Barcelona is watch a football match at Camp Nou. Seriously, it wasn’t just my sport mad family telling me this. It’s the second most visited tourist site! 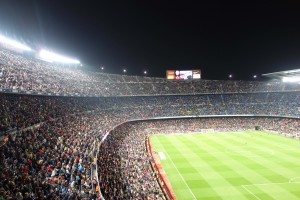 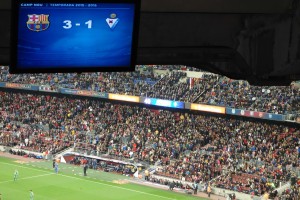 It was very impressive, but I was delighted to find many other impressive things in Barcelona that didn’t involve sport. Gaudi put his stamp on some incredible buildings, including the Casa Batllo (I want those chimneys). 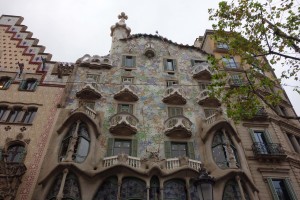 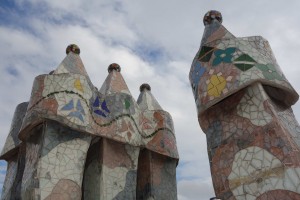 He also designed the most visited attraction in Barcelona, the Sagrada Familia, which the Spanish are still trying to finish, one hundred and thirty years later. Target completion date is 2030 and the church is so impressive I’m putting it in my diary to return. 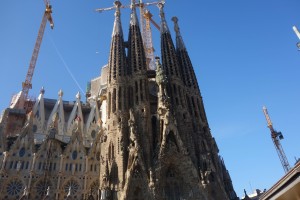 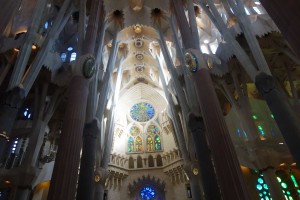 Also well worth a visit are the newer parts of Barcelona, constructed for the Olympics in 1992 like the port, marina and the Olympic park itself, built on the Montjuic hill with breathtaking views across the Mediterranean. Finally of course, there is the incredible stretch of beach, all walking distance from the famous La Rambla. 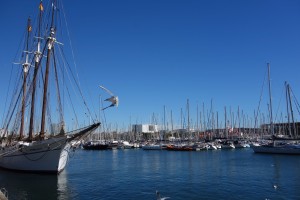 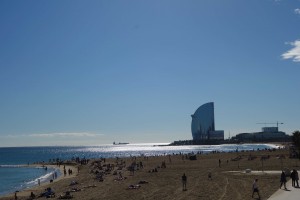 I fell in love with Barcelona. For its sheer variety, its bustle both during day and night, it’s very hard to beat. Already I can see a tall, dark, handsome Spaniard striding along La Rambla, suit jacket thrown casually over his left shoulder, the breeze ruffling his dark hair as he searches the crowds for …  ah, that’s for the next book I write.

I’ll try to include some fireworks.