In my post last week, I mentioned what I’d learnt about the biscuit market while writing Oh Crumbs.

It wasn’t only biscuits that I had to research for the book, though. The hero in Oh Crumbs, Doug Faulkner, is quietly spoken with an air of calm and control – on the outside. Inside he’s a much more turbulent character. He keeps his anger in check by channelling it through sport. But which sport? I considered boxing, but I wasn’t sure that would work, so I turned to one of my previous work colleagues, who practices martial arts, for advice.

‘Which sport should Doug take up that wouldn’t hurt his pretty features but would look sexy when he was fighting thugs?’

After he laughed, quite a lot, my friend suggested Brazilian jiu-jitsu (BJJ). Now I’d heard of Brazilian nuts, Brazilian blow drys, Brazilian…other things…but never jiu-jitsu. So I popped the search term into my other trusted friend, Google, and found out the following. BJJ is a type of judo where you fight on the floor; they call it grappling. Fighting on the ground takes away a lot of the advantage of size and strength, so you win by being cleverer and having a better technique instead of having more muscle. 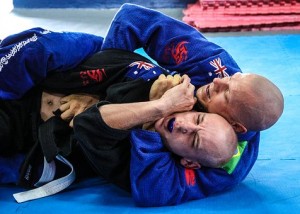 It so happens that my friend is captain of the GB sport jujitsu squad, and thus the perfect person to answer all my dumb questions, which included:

So there you have it, when I set about writing a love story based in a biscuit company, I didn’t realise I’d end up learning about Brazilian jiu-jitsu. That’s part of the fun of writing. I start out with a broad plan, and with characters that feel real in my head, but I never quite know how the story will unfurl until I begin to write it.

My next book also took me on a surprising turn…expect to learn something about budgies when my Christmas story comes out. I did 🙂 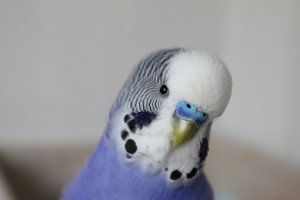