What first draws your attention to a book? Is it the author’s name? Perhaps, if the author is well known or one of your particular favourites. Far more often though, I suspect it’s the cover that catches your eye – or the title.

I find getting the title right can be one of the hardest aspects of writing a book – and very occasionally, the easiest.

So how does the title come about? Well if my experience is anything to go by, there is no set pattern.

For my first published book, Too Charming, the title came to me midway through writing the book. The more my characters came alive, the more I found myself realising that the essence of the book was that my heroine, Megan Taylor, found my hero Scott, Too Charming. 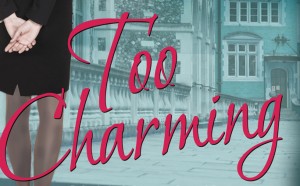 With my next book I still had no title after writing The End, so I looked at the synopsis for inspiration and came up with Poor Beginnings. I felt pretty proud of it, because it described not only my hero Mitch’s start in life, but also how his relationship with my heroine, Brianna, began. Very poorly! Choc Lit felt the title sounded too negative though, and they came up with Do Opposites Attract? Looking back on it now, they were absolutely right. 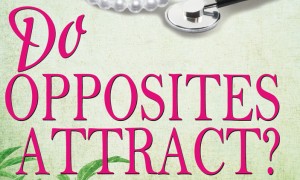 With Life After, the title came before the book. I was jogging one morning – I spend most of the day on my backside so I like to begin doing something active – and my mind was running faster than my legs (as usual). Instead of working through the plot of the book I was writing, it started to drift and I recall these words suddenly bouncing through my brain: He saw his life in two parts. Life Before and Life After. I had no idea who he was, but the words wouldn’t go away and by the time I made it to the computer my mind was buzzing with possibilities for the plot. Whoever he was, he had to have experienced a life-changing event, so I started from there. 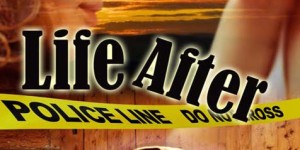 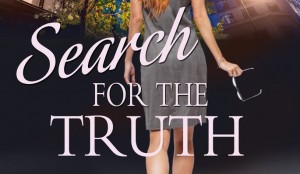 Which brings me to my next book, featuring my hero racing driver, Aiden Foster. Again I worked out a title after the book was finished (for ages it was simply called Racing Driver). The best the combined efforts of my family could come up with was Over the Line, but I wasn’t happy with it.

Thankfully I have a publisher with far more experience than I in creating simple, eye-catching titles. I’m pleased to say this next book has been given a new, far punchier title, which also fits neatly with the story.

Before Aiden met Mel, racing was his life. He was obsessed with the need to prove he was as good as his father.
Before Mel met Aiden, she was was burying the feminine side of her. She didn’t want to open up to being hurt again.

My next book will be called, Before You.