Last weekend I played a round of golf with my family. Okay, what we actually did was play nine-holes of a public par 3 course on Hayling Island. It’s probably not fair to say we played golf either, as none of us are golfers. It was more a pleasant walk next to the sea, with the occasional hack at a ball, and many explorations into the bushes. 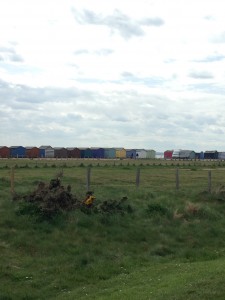 So why do I think golf is like writing?

Some have a natural flair for it. Others don’t.

Of course you can be taught to play golf, like you can be taught to write, but natural ability plays a huge part in both. As a family we had three lessons together, years ago. When my sons swing the club it looks fluid and natural. When I swing the thing, it looks like I’ve got a straight jacket on. Has my natural flair been reserved for writing instead? Umm.

Both are frustrating as heck

Even I can have one good hole at golf. The tee-shot goes straight, the shot to the green actually ends on the right green, and the ball disappears magically into the hole. At the next hole I’ll chop the ball so it lands two feet from the tee and take a further twelve shots before the blasted thing disappears down the hole. 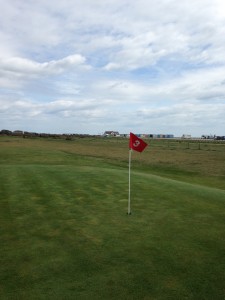 Writing is similar. I can have a good morning where the words flow like melted chocolate and I don’t have to think about what to write next. In the afternoon I’ll stare at my screen, refer back to my outline in the hope that I’ve made copious notes for this section (I won’t have), stare at my cardboard cut-out of Jenson for inspiration…then sigh and start diddling around on Twitter.

Golf is just hitting a small ball with a stick. Writing is just making stuff up. Those who think either are easy, haven’t tried them.

Both lead to short memories

For every one hundred awful tee-shots I’ve hit, I remember the one I struck cleanly that sailed over the fairway and landed on the green (I’m sure there was one). For every day when the words stick in my brain, every heart sinking poor review, I remember the reader who bothered to post a message on facebook, telling me how much she enjoyed my books.

I guess that’s why golfers, like writers, sometimes fall out of love with the sport for a while, but they never give up.