With the exception of food, pretty much everything else you buy is open to negotiation. We were recommended to go with half of the initial offer price, but some people are natural negotiators…and some like me, aren’t. I did get into the swing of it though, to the extreme that I ended up walking away when I couldn’t get the lady down to 80 baht for a lovely owl for my mum-in-law. It was only when the family pointed out that I was arguing over the difference of less than 50p that I sheepishly went back and handed her the 100 baht she wanted.

At the Chatuchak weekend market in Bangkok, you can buy almost anything. From a puppy to a pineapple, a CD to a carved crocodile, a bag to a bath. It’s haphazardly organised into different sections (arts and crafts, clothing, household and food), some inside, some outside, but by the time you’ve wandered down one aisle you’re totally lost. It’s like making your way through a shopping maze in a sauna. It’s claimed to be the largest market in the world and certainly my boys hope they never have to go to anything larger, ever. 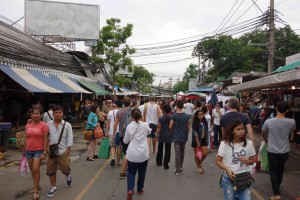 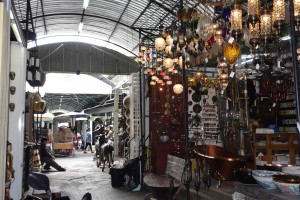 I couldn’t stop buying things that were pink. Shoes, necklaces, bags, blouses…I was like a moth to a flame. Then again, I think I also bought some things that were green, and blue and silver. And please forgive the photo of the book. I didn’t actually buy that in Thailand – but it is pink. 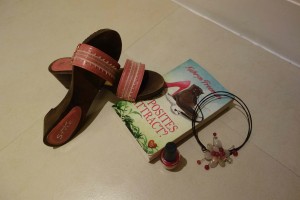 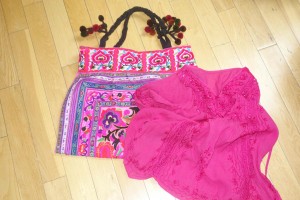 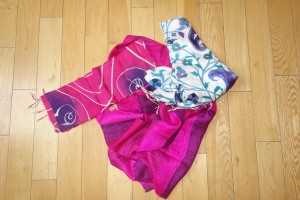 Elephants can become addictive. I started off buying one cute wooden elephant. How could I refuse? But then I thought it would be good to have a partner for it. Perhaps one with a bit of sparkle. After that, the hunt was on and no shop selling wooden elephants was left unturned. Even the boys started looking out for one, which is why we ended up making a second purchase rather larger than the first (second photo and no, he’s not got a bandage on his nose, that’s his wooden tusks!). He was so large that we had to ship him home. The cost of that, plus the duty we’ll have to pay and the fumigation was more the flipping elephant. And we’ve not heard a dicky bird from the shipping company since we came home.  But I have faith – and when he makes it to our house I’ll post a photo of him in situ. 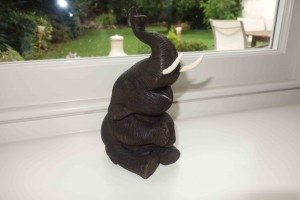 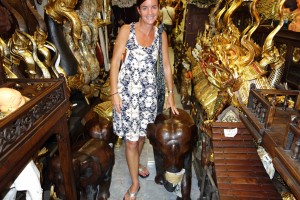