Thailand was fantastic – exotic, beautiful, exciting – but there really is no place like home. The English countryside in late summer is peaceful, soothing, like a cosy blanket. That being said, I’m already planning my next holiday. It’s easier to appreciate what you have when you take a break from it now and again. And of course there’s also the weather… 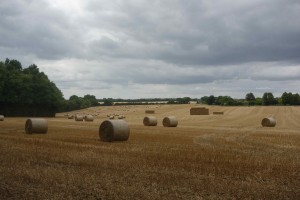 When your teenager tells you Ikea have put the holes in the wrong place in the flat pack he’s constructing, don’t believe him. My son was adamant he was right – until we tried putting the top onto the bottom and realised actually, maybe Ikea did have a point. Still, with only one wrong step out of 54, he has now been officially promoted to chief flat pack putter upper. Needless to say, he’s delighted.

My summer will always be dominated by cricket. With three males in my household all playing the game, it’s hardly surprising, but the time I spend watching a small red ball being thrown against a lump of wood has gradually increased over the years. Colts cricket ended when the summer holidays began, but adult cricket, which they now all play, carries on into September. How great is that? And when they’re not playing cricket, they’re watching it either live or on the television. And even when I drag them out for a walk to a pub it seems I can’t escape. This pub in Hambledon is opposite a cricket ground known as the ‘cradle of cricket.’ It’s claimed many of the rules still in today’s game were dreamt up in this pub over two hundred years ago. With terms like bowling maidens over, standing at long leg or silly mid off and wrong ‘uns or googlys, I can believe them. 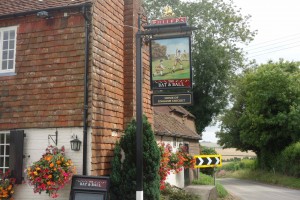