If you visit during Monsoon season there is a lot of blue sky and sun…but when it rains, boy do you need to take cover. We were eating at the table in the second picture only minutes before the heavens opened. 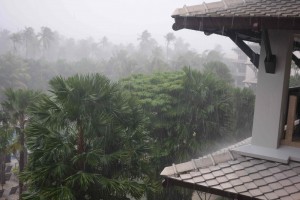 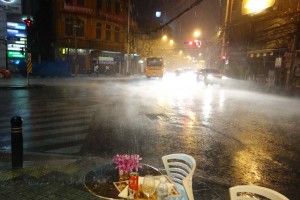 Mopeds rule. They’re everywhere, darting in and out like annoying mosquitos. Thankfully the Thai drive on the left so that part was easy, but keeping an eye on mopeds as they buzzed up from behind and flanked either side, wasn’t. It seems anything goes in the side car, too. Families, burning barbecues…it isn’t obvious on this second picture but trust me, we saw flames. 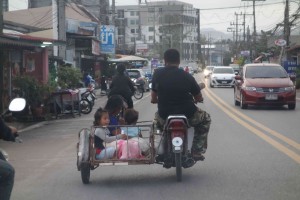 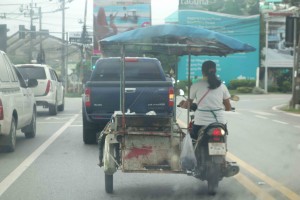 You’re never short of a shopping opportunity. Almost everywhere you look, there is someone trying to sell you something. Usually a ‘genuine fake’ and sometimes with ‘bloody big discount’. 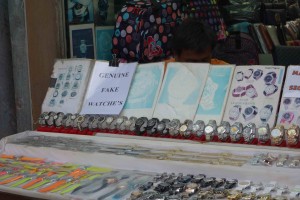 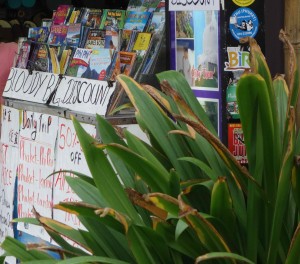 You’re never short of an eating opportunity, either. The food from market stalls was incredible, and a full Thai meal with drinks for four at a beach side café cost about the same as a round of hot drinks at Starbucks back home (£15). 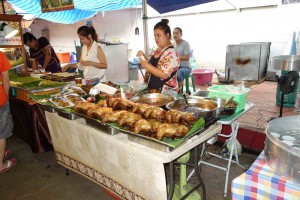 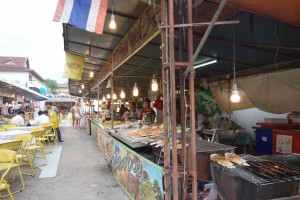 A Thai massage isn’t that relaxing. They put your body into positions you didn’t believe were possible – and in my case, nearly weren’t! 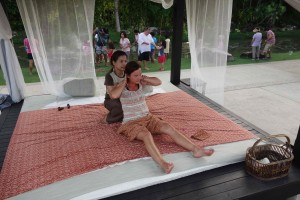 I’m not sure their overhead wiring is quite as organised as it should be. Hopefully they know what’s going on. 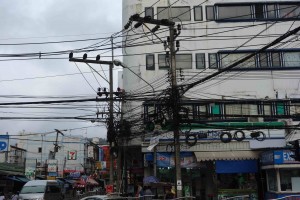 It’s beautiful. These pictures express that much better than I can. 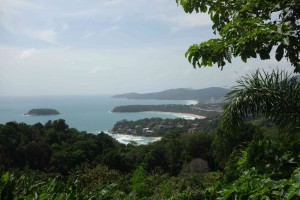 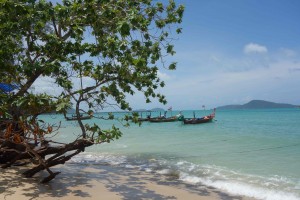 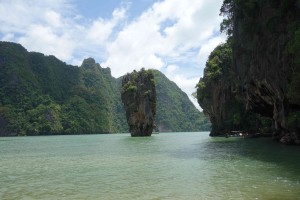 Next week : what I learnt in Bangkok!