It’s been just over a year since I signed my contract with Choc Lit for both Too Charming and Do Opposites Attract? – wow! Tonight I’ve been asked to talk to a local writing group and as I started to note down the things I thought might be useful to share with them, I figured hey, why not share them on my blog too?

So, whether you like it or not, here are a few of my writing learnings from the last year.

The more I’ve written, the better I’ve got. Now I’m sure there are a lot of you ready to say that on that basis, I need to write a lot more yet and I’d have to agree. Even so, I find it reassuring to look at manuscripts I wrote two years ago, which I thought where the bee’s knees, and have at least some idea now of how they can be improved. One of the areas is cutting down on my clichés…

Twitter is highly addictive. When I first realised I’d have to have a go at this social media lark, I was terrified. Now you can’t keep me away from the flipping thing. I set out to just have a quick scan of what’s going on, but a few clicks here and there and I’m lost in someone else’s blog or a twitter conversation. The world has probably been saved at least one book by Kathryn Freeman because of the time I’ve wasted on Twitter.

When I read my first draft I think it’s better than it is. When I read it the second time my heart sinks. I don’t know what it is about me that actually enjoys reading back my first draft. Maybe because I’m so delighted to have finished it? Maybe because I still can’t believe I’m writing books?! Whatever it is, it’s only by the second read through that I realise I’m not as good as I think I am.

Good reviews make me feel ten foot tall, but bad reviews hurt. In the past I’ve always chosen a book by its cover (no, that isn’t another cliché, it’s a poor pun which is entirely different) and never paid much attention to the number of reviews or the star ratings. Now I’m obsessed with them. And naturally it’s not the good reviews that stick in my mind, but the poor ones.  For Too Charming I’ve had: Too boring (quite clever, but ouch) and waste of my time and money (ouch again, and they probably got it when it was on offer at 99p). Now I’ve learnt not to venture onto Amazon or Goodreads if I’m having a bad day.

Writers and readers of romance are friendly, funny and very supportive.  This is probably why I end up wasting so much time on Twitter. The Romantic Novelists’ Association put on twice yearly meetings which are a great opportunity to meet authors in the flesh, but I’ve also really enjoyed meeting lots of readers and writers virtually, on Twitter. As for my Choc Lit crowd, I couldn’t have wished for a better team – and yes, it really does feel like we are one. Although it’s mainly done via email loops, they offer advice, support, encouragement and loads of laughs. But…whisper incase they’re reading this…they’re crazier than a box of frogs. It’s probably why I feel so at home.

Below some frogs, to liven up the page. 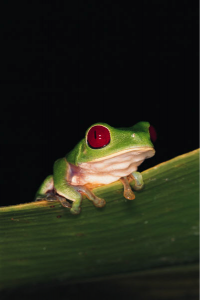 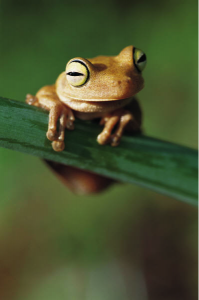