Get ready to dance
Wow, time is zipping by so fast. I blinked, and suddenly we’re in August, which for me means publication of my third book with One More Chapter – Strictly Come Dating.
Loosely based around Strictly Come Dancing – because Maggie loves ballroom – it’s been possibly one of my favourite books to write. I say possibly because asking a writer for their favourite book is like asking them to choose their favourite child. There is no doubt though that some books, like some children, are easier than others.
The words  seemed to fly off the page for this one, maybe because I quickly fell in love with Seb. He’s young (27) carefree and FUN. He could be just what Maggie (divorced, pushing 38 with two kids and lots of responsibility) needs – or it could be a disaster. After all, she’s organised, needs to plan her life around her work as a GP and responsibilities as a mum. He’s spontaneous, lives for now, has never settled in any one place for long. He’s going to drive her bonkers…
The other reason I enjoyed writing this book, was that I incorporated a little of a town that’s close to my heart; Blackpool. My parents were born in Fleetwood, most of my relatives live up there, so Blackpool has loads of fond memories for me. Of course in most of these memories it was pouring with rain and blowing a gale, but perhaps that’s unfair to the town as it could just be because I went there out of season. Or it could be that the weather is just as much a part of its charm as the illuminations, golden mile, pier, tower (second photo) and, of course, the Pleasure Beach. The first photo below was taken there, and if you’re interested the reason my mum is carrying a meerkat is because my husband won it through his “spectacular ability” (his words) to throw a beanbag at some tin cans. 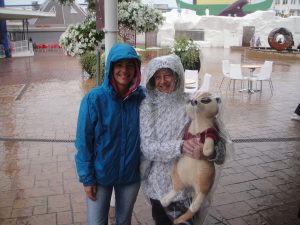 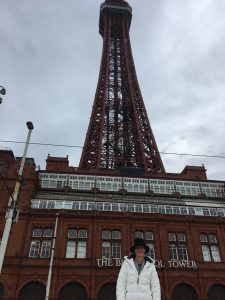 So if you’re interested in ballroom, in Strictly, in Blackpool, or in a budding romance between two people who seem like a very unlikely fit, I hope you’ll give Strictly Come Dating a go 🙂 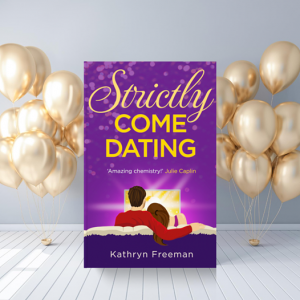