What do you do with that first manuscript? 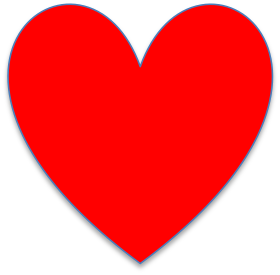 A first manuscript is like a first love – very special. Very hard to forget.

If you’re lucky, that first manuscript has led to a publishing contract and a fabulous writing career. For most writers though, that first book, lovingly, painstakingly crafted during weekends/evenings around the day job, has remained on the computer. Only read in its entirety by you (and maybe an unlucky beta reader or two).

For sadly that first novel, destined in your mind to become a Times Bestseller and a blockbuster movie (staring a hunky actor you chose) often turns out to be…let’s just say considerably less amazing than you’d hoped. Considerably.

Or maybe it was just mine?

I couldn’t leave it alone though. I’ve written many books since, thankfully even had some of them published (cue promo photo):

But I kept hankering back to my first. Did it still have potential? Could I re-look at it now I’m a ‘better’ writer and shape it into the bestseller it was meant to be? (yes, okay, I’ve still got some of my head in the clouds).

I decided I could.

I still love the story, but trying to edit a book that was inexpertly written, and from only one point of view (when now I write from two) was painful. I love writing, but for once this was more a chore than a joy. More like real work. Stupidly I began editing it, taking each chapter and deleting parts, changing parts. I was a third of the way in before I realised I wasn’t actually using any of my original masterpiece.

What I should have done, was use the outline and write it again, from scratch.

Lesson learnt. Your first love – at least from a novel perspective –  should remain in your head. A soft, shimmering memory of something beautiful. If you try and re-visit it, you’ll realise it wasn’t just considerably less than you’d hoped. It was a pile of poo.

Will you see it published one day? Who knows. I did plough on to the end but now I’ve left it festering on my computer. I daren’t look at it again for a while. In case it still looks like…you know.