I didn’t win, but I felt like a winner

Monday night was the Romantic Novelists’ Association Awards 2019 evening. And, for the first time in my writing career, I was among the shortlisted authors. What an incredible group to be rubbing shoulders with.

The event was held at the Gladstone Library in the Royal Horseguards hotel in London. A very fitting – and rather sumptuous, setting. The shortlisted authors were asked to go along early to have our photographs taken. And yes, for the first time in my life, for that hour I felt like a minor celebrity. Not only having my photograph taken, but talking to other authors whose names I’ve seen on books covers I’ve read and enjoyed (including the marvellous Jules Wake, aka Julie Caplin, and Fantasy Novel Award winner Jane Lovering). I was over the moon to meet Jill Mansell, whose books I was devouring long before I decided to try and write one, and who is one of the authors who inspired me. Of course I was far too giddily excited (meeting Jill, plus a glass of champagne) to get a photo of the moment, but here is me with the other nominees in my category: the shorter Romantic Novel Award. Jane Godman, standing next to me, won our category, so while I didn’t win, I did literally rub shoulders with the winner. 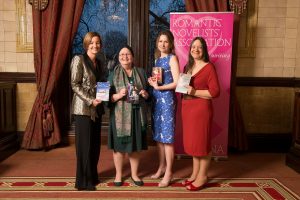 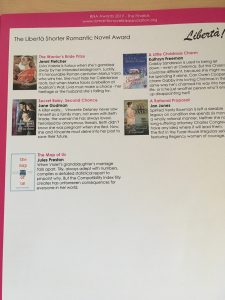 Following the photo session we went into the library itself, where there were canapés, more fizz (it would have been rude not to drink it) and tables set out with magnificent candelabras. The awards followed, presented by historical novelist, Alison Weir, alongside author and broadcaster, Jane Wenham-Jones. 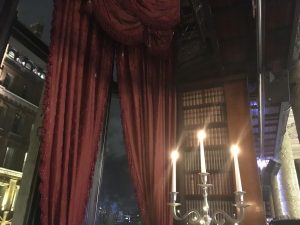 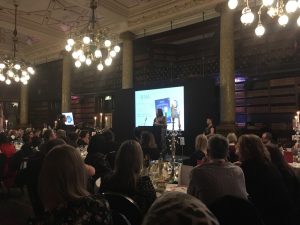 If you’d like to find out who won each category, they can be seen on the RNA website. The photo above is of Isabelle Broom collecting her award for the best Contemporary Romantic Novel (One thousand stars and you).

At the end of the evening, when I stepped outside I was greeted by the glare of a hundred flashes as I had to squeeze my way through a crowd of autograph hunters and photographers to climb into my waiting limousine.

Okay, okay. At the end of the evening I headed back to the tube. But for years to come I will dine out on the memory that I Was There.