And no, sprouts don’t feature.

I’m excited to report that my next book, A Second Christmas Wish, will be published by Choc Lit on all eBook platforms (Amazon, Kobo etc) on the 1st of November. And it’s available for pre-order on iBooks now!

If you missed it, here is the sparkly cover: 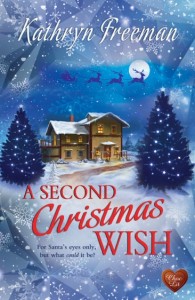 And a taster of what the book is about:

Do you believe in Father Christmas?

For Melissa, Christmas has always been overrated. From her cold, distant parents to her manipulative ex-husband, Lawrence, she’s never experienced the warmth and contentment of the festive season with a big, happy family sitting around the table.

And Melissa has learned to live with it, but it breaks her heart that her seven-year-old son, William, has had to live with it too. Whilst most little boys wait with excitement for the big day, William finds it difficult to believe that Father Christmas even exists.

But then Daniel McCormick comes into their lives. And with his help, Melissa and William might just be able to find their festive spirit, and finally have a Christmas where all of their wishes come true …

A Second Chrismas Wish features many Christmas favourites like pine trees and fairy lights, Christmas stockings, mince pies and turkey…but I need to warn you, there are no sprouts. The thing is, I don’t actually like the little green devils. They look cute, I’ll grant them that, but in my experience they’re either under cooked and fly off the plate when you try to spear one, or are overcooked and smell as badly as they taste (it’s all that sulforaphane they contain). 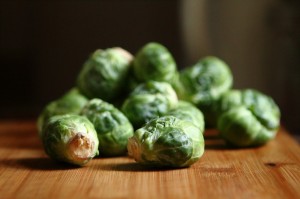 And then of course there’s the fact that their name is sneaky, often catching us simple writers out. Is it Brussel sprout or Brussels? I daren’t write about the things because I didn’t want to get it wrong, though I believe it’s Brussels sprouts, named after the capital of the country in which they were originally grown. They’re sneaky little things though and may just be telling me that to make me look stupid.

Just like they try to make me look full of hot air at Christmas.