At the weekend I visited family who live in Somerset and the journey involves going past Stonehenge. Usually we gawp from the car – it’s a pretty special sight – but this time we decided to stop and take a closer look.

Stonehenge isn’t really a henge. Typically archeologists define a henge as a circular or oval shaped bank (sometimes with stones) with an internal ditch. In the case of Stonehenge, the ditch is on the outside. It is said to be the most architecturally sophisticated pre-historic stone circle in the world and when you consider how big those stones are and wonder how on earth they managed to get one ontop of the other, you can understand why. 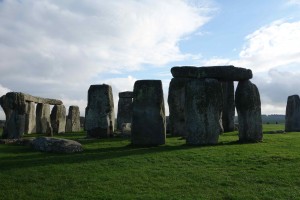 When it came to doing the back of Stonehenge, the builders had had enough. If you look at it from the back, there aren’t as many stones left and archeologists believe the work might not have finished. Alternatively, it might have been completed but they didn’t prepare the stones at the rear as well as they had those at the front and they’ve since fallen and been taken away to be used elsewhere. Still, it’s not looking so bad considering it was built in around 3,000 BC. 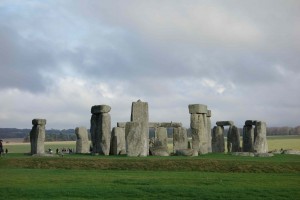 It’s still not understood why it was built. Perhaps it was a pre-historic sundial or a memorial ground. It probably wasn’t used for a game of giant cricket, though my family thought some of the stones would make pretty good stumps. 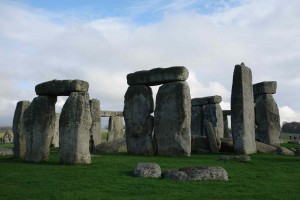