It is hard to beat a day out in London.

We’re lucky enough to live an hour away from the great city, which means we have no excuse not to make the most of it. This week we went to see War Horse, but rather than just go in for the play I thought I’d take my youngest son for a wander first. I started with Harrods. As a child I remember going twice a year, on the last day of the sales. We couldn’t afford the café so we’d have lunch on the stairs; a pie and a donut from the food hall. My brother and I were bored to death with the shopping, but overawed by the food displays. Sadly my son was suitably unimpressed. Why are you taking me to a supermarket? Was his general objection. Even the vast displays of chocolate didn’t raise a smile. I started to worry. Had London lost its magic? 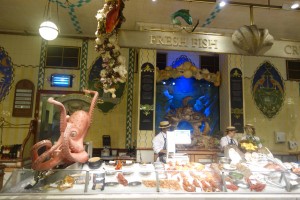 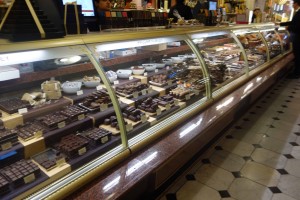 We left Knightsbridge, walked through Hyde Park and down into Mayfair. Finally he was smiling. A big shop hadn’t done it for him, but cars had; a Bugatti Veyron, multiple Bentleys, Ferraris and Aston Martins. Following an ice cream near Trafalgar square (another smile) we headed up through Covent Garden and, after eating (burger and chips raised the third smile of the day), settled down to Warhorse. 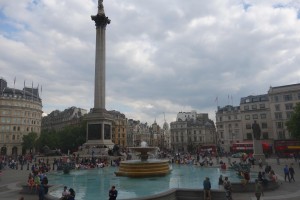 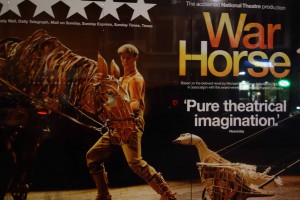 A show full of puppets, but after the first five minutes you didn’t see the men and women working them. You only saw the animals. I like to think puppeteers are a bit like authors. For a while they can make you believe the characters they’ve created are real.

The verdict – a big thumbs up both for War horse and for London. It has something for everyone, even teenage boys.