I know, I know, it’s a little early for the end of year review. But next week I will have kids and a husband at home and my writing peace will be shattered.

It’s easier to write about what you know – but leaping into the unknown is more fascinating, and can make you (momentarily) cool to your family. 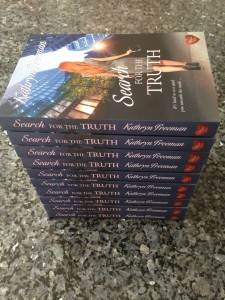 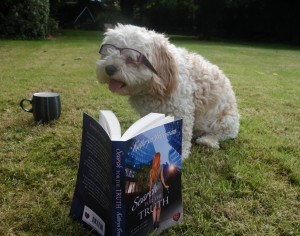 Search for the Truth, the romance of Tess and Jim against the backdrop of the pharmaceutical industry, was published in paperback this year (and enjoyed by at least one four legged reader).

I loved writing their story because, while the romance was as challenging as ever, what they did when they weren’t falling in love came from my memory, and not from hours of research. Having worked in their world for over twenty years I knew what they were doing. Well, almost. I haven’t actually been a president of research and development, though I have met one. And sadly he didn’t look like Jim.

But then I went on to write Before You, the story of racing driver Aiden Foster. Now the closest I’ve been to his world is a trip to Silverstone, though being a fan of the gorgeous but now sadly retired Jenson Button, has given me an interest in the sport. 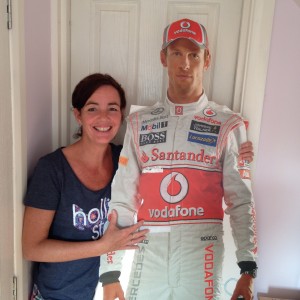 That interest wasn’t enough to write about what he did though, or what his press officer did, either. Which meant research. I did email McClaren, hoping they might invite me to their lair, perhaps on a day Jenson was visiting, but they declined (maybe they’d seen the above photograph and were worried I was stalking him). I ended up sitting at my desk and reading Formula One Racing for Dummies instead. Ah well, at least then I was so educated on the subject I could impress my family with the information I’d gleaned. Did you know those involved in the race team (around 100 people) spend over a third of their weekends abroad? And their weekend starts on Wednesday and ends on Monday when they come home? Or that Monaco is one of the slowest tracks in Formula One. Or that no other race series on earth requires so much of its drivers in terms of stamina and endurance?

Yes, my family told me to shut up, too.

Sometimes it’s worth looking back on things you did a few years ago to see how you’ve improved.

I wrote A Second Christmas Wish around three years ago. It was nearly published last year but my publisher felt it would be too rushed to get it out there so we went for October 2016. That meant I was editing it during the summer, so I’ve had a rather long run up to Christmas this year. And when I say editing, I did an awful lot of that. My publisher provided a wonderful editor who helped with the overall story pacing etc but I did one heck of lot of rewriting myself. You should see how many ands and buts I removed…

If you haven’t read A Second Christmas Wish yet, now’s the time to try it. Best enjoyed with a warm mince pie. Even better enjoyed with a mince pie like these. And no, they weren’t made by me. Mine would look and taste like cardboard whereas these, made by my mother-in-law, tasted as good as they looked 🙂 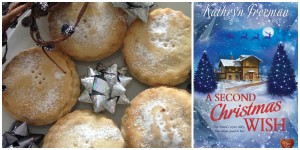 I’ve signed contracts for two books next year – whoopee! I’m looking forward to introducing you to model Lizzie and her friend Nick, the accountant (who will hopefully prove to you that accountants aren’t all boring). Also to the serious Doug Faulkner, managing director of the Crumbs biscuit factory, who doesn’t know what’s hit him when he employs chatterbox Abby Spencer.

So that’s it, my writing year has come to an end, but I’m looking forward to what 2017 has in store.

My final words though are for you, dear reader. Without you, none of this would be possible. For everyone who’s bought a book, perhaps even read one, perhaps, perhaps even read one and enjoyed it enough to leave a review, I thank you from the bottom of my heart. You have no idea what your support means to me. There is no point writing, if there is nobody out there willing to read it.

I wish you all a very happy Christmas and hope the New Year brings plenty for you to look forward to (other than my books).