A birthday treat…a visit to something older than me

It was my birthday last week, and to ‘celebrate’ we went to the South coast for the weekend. By we, I mean my hubby and I because the boys are back at university. And by celebrate I mean I used my birthday as a good excuse to go to my favourite factory outlet, knowing my hubby wouldn’t be able to complain too much because, hey, it’s my birthday.

While we were there, we popped in to see something even older than I am. In fact, the world’s oldest commissioned warship. We last saw Victory in 2015, and she’s had a complete paint job since then. On the left is how she used to look, like a bumble bee. On the right is her new colours. More subdued. More elegant. More in keeping with the old lady she is. 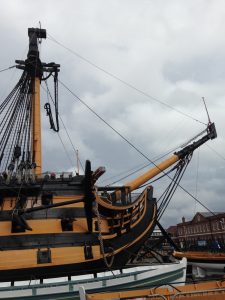 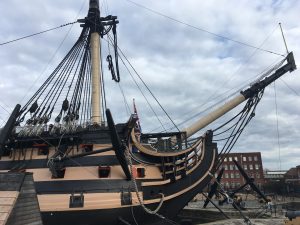 During the restoration they discovered, in places, as many as 72 different layers of paint! But she’s now restored to what they believe is her true colours; those she was wearing during the Battle of Trafalgar.

How lovely she looks compared to her modern equivalents. Here is the Navy’s latest aircraft carrier, the HMS Queen Elizabeth. Definitely not pretty, though I suspect that’s not what they were aiming at when they designed her. 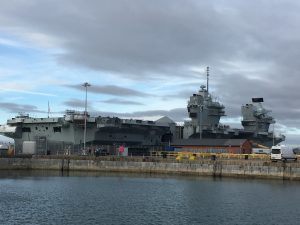 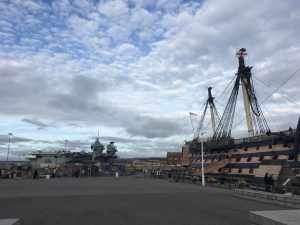 A few more photos of Victory as she was looking so smart. 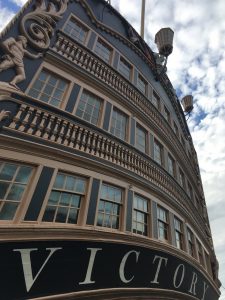 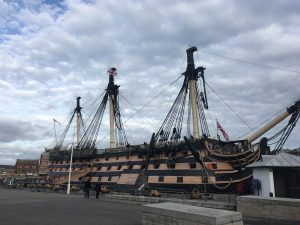 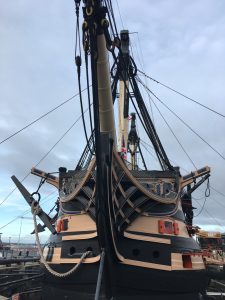 I would end with a photo of all the bargains I bought, but they’re already secreted away in my wardrobe. Not because I’m especially organised, but because if I hadn’t bought them, I wouldn’t have had a thing to wear this week…