Last weekend my lovely mum celebrated her … now, she reads this blog, so she might not want you to know. Then again, she looks amazing for her age, so I’m going to tell you anyway. She celebrated her 85th birthday. We wanted to take her to lunch, but where? So many options.

Then I remembered she hasn’t been to London for a while.

And that her eldest grandson is at university in London and might be able to join us. Lunch with her daughter and son-in-law, nice. Lunch with one of her grandchildren, too – suddenly it’s a much more thrilling prospect.

So we planned the day. Train to Waterloo, boat from the London Eye down to the Tower of London. Gentle walk from the Tower, over Tower Bridge, past the London Mayor’s office and HMS Belfast and on to the Shard. A walk that dazzled everywhere we looked. That took in the majestically old and the shiny new; so much diversity in such a short distance. London never, ever, disappoints. Even on a day where the sun struggled to shine. 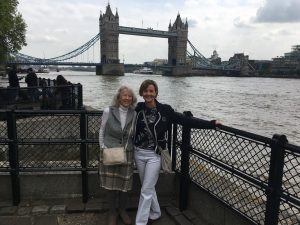 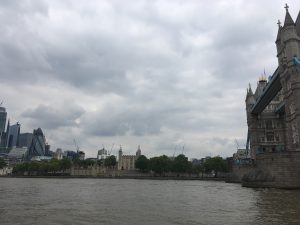 We chose the Hutong restaurant at the Shard, partly because we’d not been there before, partly because I knew my hungry student son would turn his nose up at the small finger sandwiches that were an option for afternoon tea. And party because I knew it had been a long time since Mum had sampled Chinese. The food was amazing, even down to the mango mousse ‘birthday cake’. (Mum being Mum, she couldn’t see the last two pieces of breaded sea bass go to waste, so we ended up with a doggy bag…!) 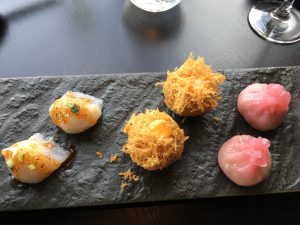 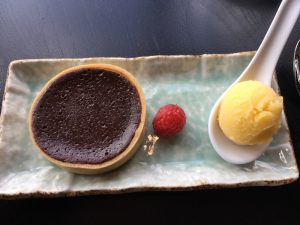 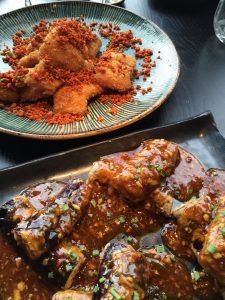 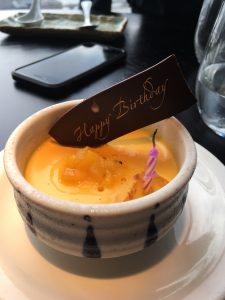 And the views were spectacular. 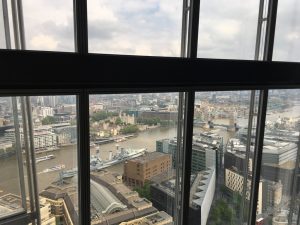 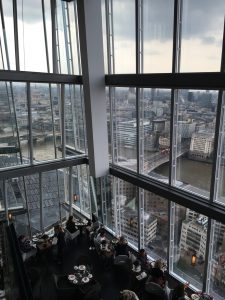 It is also the only place I’ve ever felt the need to take a photo from the ladies….

Mum’s birthday celebrations aren’t over yet. For her present she’s going to Twickenham to watch England play Ireland in the summer. With all her grandchildren. Oh and me and my brother too, but I don’t imagine we’ll be the ones she’ll want to sit next to…