I’m a reasonably patient person. I don’t huff at the person in front of me in the supermarket queue rummaging in their pocket for the three coupons they’ve forgotten to tell the cashier they want to use. All to save 68p (Mum?!). I might let out a slight moan when I’ve been at the airport for two hours (my husband is obsessed about planning for eventualities) and they announce our flight is delayed an hour. But I don’t storm the desk, demanding a refund.

When it comes to my writing though, I’m like a Jack Russell desperate to run, only to find himself shoved on a lead and forced to walk at his owner’s shuffling pace. 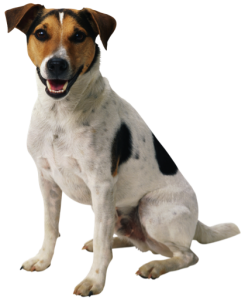 Everything about the process seems to happen so slowly, except for the ideas in my head. Writing a book takes months, and months, and months. And that’s only draft one. Then there’s the revisions, getting some poor souls to read it and tell you where it falters, incorporating their comments. Only then, nearly a year later, is it in a fit state to actually submit to the publisher. That’s not the end though. They then put it out to their readers (Tasting Panel) to gain feedback, which can take another six months. If it’s successful, there’ll be a contract but that doesn’t mean you get to start editing the book (which, by the way, takes a further few months). No, the book has to be slotted into the publishing schedule because, funnily enough, I’m not the only author my publisher has.

Of course during the down times I’m starting the next book, or doing the revisions on the previous book, but that all adds to my angst. Once I’ve written The End I want the book on the shelf. The reality is it can be over two years from the time I wrote Chapter One before it comes out – and then only as a digital book. The paperback comes even later, and only if digital sales go well.

So every now and again I have to take a deep breath. Remind myself where I was three years ago (when this was all a dream) and tell myself not to focus on the destination, but to enjoy the journey. I spend most of my days doing something I love. Very few people are lucky enough to be able to say that.

Earlier in the week I was sent this photograph, which helped with that reminder. Robert Galbraith, also known as JK Rowling, went through an incredibly tough time before she saw well-deserved success. I haven’t been through hardship and am nowhere near her genius.

I can afford to be very, very patient.

Especially as I have the hope that at least one person reached to pick up her book and accidentally bought mine instead.