In September I passed a milestone I never thought I’d see – two years as a published writer. And I still feel like I’m only playing at it. That I’ve only dipped my toe into this vast ocean called publishing.

–       my writing can get a lot tighter. Those words I thought were essential a year ago, actually aren’t.

–       I need to be more patient. When I finish a book I want to see it published, but there are so many steps and mine one of many, many books already with my publisher. I should spend more time enjoying writing and less time fretting about what’s happening to the output.

–       Bad reviews knock my confidence but they don’t stop me writing (just slow me down a bit).

–       A rest isn’t just good for the soul, it’s good for a manuscript. When I write The End on the first draft I think it’s the best book yet. When I go back to it a few months later I hang my head in despair over it. But then I (hopefully) set about improving it.

Too Charming made it into paperback and then onto the shelves of some WHSmiths travel shops. Were the family impressed? Apparently that will only happen if I hit the chart section. Thanks.

My fourth book was published in August; a romance set in the pharmaceutical industry. 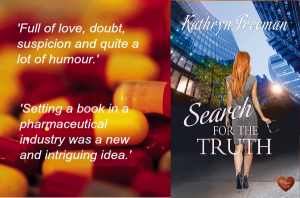 I signed a contract for my fifth book, featuring Arun Foster, a hunky racing car driver (inspired by my cardboard cut out of Jenson Button). It’s planned for release next March/April time.

Thank you so much for being part of my writing journey and I wish you all a very happy New Year. I saw 2015 in on Westminster Bridge watching the best live firework display I’ve ever seen. I’ll be seeing 2016 in at home, watching the fireworks on the telly! 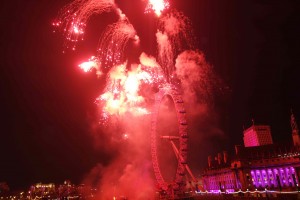 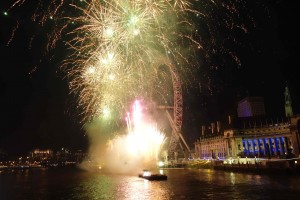